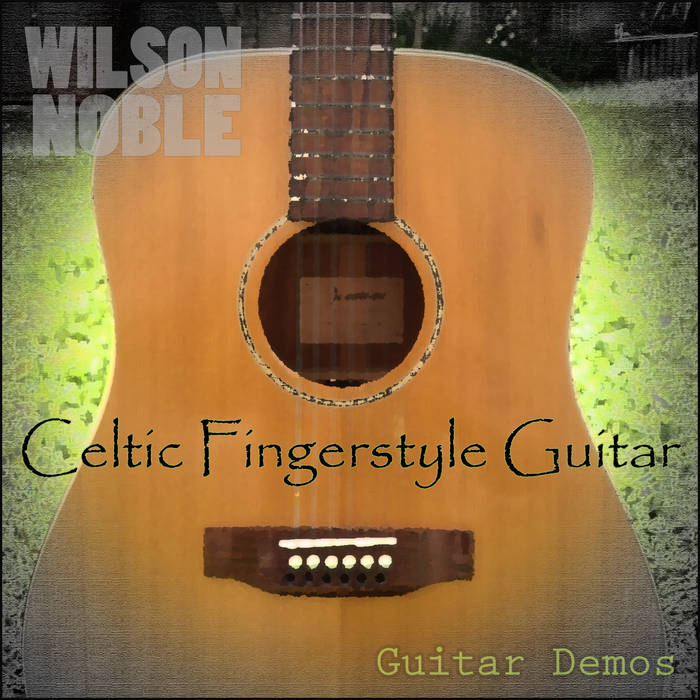 Celtic Fingerstyle Guitar is a beautiful style of solo guitar playing that involves performing traditional Celtic melodies (tunes) as arrangements for solo acoustic guitar. These are tunes that are primarily written for solo fiddle (violin), pipes (bagpipes/uilleann pipes) or played as group arrangements in traditional Celtic bands (whistles, pipes, fiddle, bodhran…). The idea is to try and mimic the sounds of these traditional instruments using the solo guitar.

Details of all of the pieces including original arranger, tune type, key and guitar tuning is listed below:

Celtic Fingerstyle Guitar is a style of guitar playing that I really love, I’m looking forward to developing my technique and repertoire more. Keep an eye and ear out for future releases by signing up to mailing list at: eepurl.com/cAC6Tz and following my website at: wilsonnoble.com

Born in Aberdeen (1980), Wilson has been sculpting his own unique independent path in the modern music industries, & embracing music & culture heart-on for the best part of three decades...

His 4th Independent Studio Album 'HUMAN' is Out Now: tinyurl.com/qvpy6p4

Bandcamp Daily  your guide to the world of Bandcamp

Featuring Oakland sounds from the Smart Bomb collective and Samplelov.